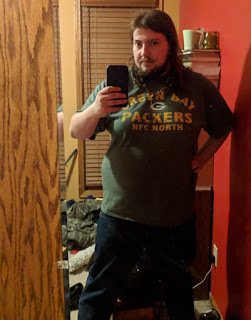 Going off hormones I had quite a few expectations about how my body would develop based on what little I knew about going off hormones.  One of those expectations was that my body shape would change, and it would actually change quite drastically because... well, I'm fat.  I'm also not proportionally fat, if that makes sense... it pretty much all collects in one place.

Because that one place is probably the least healthy place for it to gather, and most of my testosterone cessation was due to health, I was kind of looking forward to the exodus of fat from my midsection to my butt, thighs, chest, and elsewhere.

Well... it hasn't happened.  My body shape has been pretty stable, even with the immense yo-yo dieting I did shortly after I went back to being estrogen-dominant (losing and then gaining like 20 pounds multiple times). 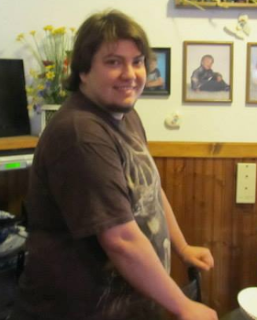 There have been, as expected, some cases of people misgendering me from behind.  But that's explainable by other factors:  I have long hair and I don't bind.  I think that if I did still bind and had a more male-read hairstyle there would be basically no difference.

If I incidentally lose weight, that might change, as there's not a huge chance I'll lose significant weight in my breasts.  But right now I just look oddly proportional, even if people notice my breasts they just think it's from being fat.

Anyway I did dig up a picture of me about one and a half years on testosterone as a comparison... I'm using a tri-top binder and so my chest is flattened out, and I have significantly less facial (or regular!) hair which makes a big difference, but my overall body shape hasn't changed a whole hell of a lot.  I don't even look much fatter than I did in this picture, which was surprising until I realized in most of my pictures I used a waist-length that sucked my gut in, another uncomfortable and fucked up think I did back before I decided to commit to healing my self-image instead of chronically yo-yo dieting.

Anyway, that's about it for body shape changes, which is to say... not a lot of them.  I keep thinking I'll see some, but they so far haven't been super dramatic.