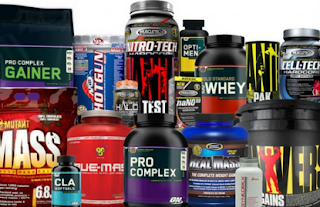 As a witchy trans person I encounter a lot of people who are interested in herbal methods of transition, thinking due to the buzz surrounding some of these methods they're going to have effects similar to testosterone replacement therapy, just slower and less pronounced.  There are a lot of reasons that people try these methods, most of them based on very valid issues and philosophies.  Maybe they want to avoid animal testing, or they don't have health insurance, or they want to avoid the medical industrial complex.  Maybe they just want to try being as natural as possible... lots of reasons, but unfortunately there are a lot of highly unrealistic expectations out there, especially considering how expensive all those supplements are.

This springs from the existence of some trans men whose physical appearance looks about what you would expect from somebody who has been on testosterone, with facial hair and a more masculine build, often with a lower voice as well, who are on natural transitioning programs.  If you are looking into "natural" or herbal transition methods based on these men, it's important to understand that there is a lot of variability in appearance among all genders... many cis women can grow visible facial hair but are shamed into getting rid of it, so you wouldn't even know.  Recently I was in a trans male forum and there was a guy there happily holding up his syringes, exclaiming "First T shot today!"  People were dumbfounded about it because he had substantial, dark facial hair, thinking he had to have done something to acquire it... but he didn't.  It's just how he naturally developed.  In addition, it's possible for some people with a lot of work to train their voices to sound more masculine.  Please do not assume that trans men who didn't go on HRT (or haven't gone on it yet) are like that because of herbs and supplements, they very often are not.

I have written on this subject elsewhere before, usually concluding that herbal and natural transition is, to quote myself, "bullshit."  My position on this has softened somewhat.  There certainly are natural ways to transition that may involve herbals and supplements, but they do not work like testosterone replacement and we need to be realistic about what they can and can't do.

A quick note:  I use the term "herbal" transition here because "Natural Transition" is one specific program and I wanted to deal with more than just that one program.  "Herbal" is also kind of a misnomer, as in addition to herbal supplements a trans man on one of these programs is likely to use things like bodybuilding supplements, vitamins, and oral hormones like DHEA.

What can herbal transition do?

The most important thing it can do is it can make you feel a hell of a lot better.  Having no way to transition at all can be frustrating, so even if it doesn't make physical changes, using herbs and supplements can help you spiritually or psychologically.  Some also do raise testosterone a bit, which might only cause superficial physical changes but may result in positive mood changes.  For witchy trans men, using herbs intended for men regardless of where in your transition you are may provide a nice spiritual boost.

Diet and exercise can also change your body shape to one more easily read as masculine, mostly through increasing muscle and reducing fat.  This is really the star of the whole natural transition process, but it also isn't necessarily some magical property of the supplements used, just a natural effect of exercising more.

"Wait, Jackson," you may be asking, "Why is this list so damn short?"  Because I want to be realistic, here... herbal transition can help you on a very limited scale, but it just doesn't result in the changes most trans men are looking for.  For good examples of this, you can go to YouTube and look up FTM Natural Transitioning videos.  Trans men have a cultural thing where we love posting videos of the changes our bodies go through, and that includes people on NT.  So it's fairly easy to find just how ineffective this program is in comparison to T... just find some videos, watch early and pre-NT videos and then watch videos from months later.  Don't be a dick about it, obviously, but you can find people going on and on about what fantastic changes NT is providing for them while objectively you can see they are not changing outside of attitude.

What can't herbal transition do?

First of all, I wanted to point something out:  Herbal transition methods are rarely if ever "natural."  Unless you're cherry-picking and only picking out good, natural herbs, what you're consuming will mostly be synthesized chemical crap much sketchier than your average batch of testosterone in cottonseed oil.  This might be worth it... except they're not really effective, either.

Herbs are unlikely to deepen your voice, although you can take voice training to help you with that if you are adamant against going on testosterone replacement.  There are currently some apps out there, as well, that will help you train your voice (like Purr Programming's "Voice Pitch Analyzer" that tells you whether your voice is likely to be read as masculine, feminine, or androgynous).

Herbs are unlikely to increase your facial or body hair growth too much.  Some supplements (like biotin) may help with hair growth if there is something hindering that growth.  It's also hard to distinguish between growth from long-term herbal use and the effects of aging, as many people will naturally grow more and darker facial hair gradually as they age.  Finally, trans men who herbally transition often supplement facial hair growth with topical minoxidil (Rogaine) and other not-so-natural methods.

Herbal transition is unlikely to stop periods, and if it does... that's actually something that should alarm rather than relieve you.  In an estrogen-dominant, womb-holding body if menstrual cycles cease without medical intervention it could be due to things like nutritional deficiencies or stress.

The risks of herbal transition.

Physical risks on herbal transitioning exist, but I think they're honestly overblown.  I know at least one person who wound up in the hospital after taking Tribulus terrestris, a common herb used to increase testosterone (there is no evidence that it does).  Really any supplement can land you in the hospital if you aren't careful, and most herbal transition programs use a lot of them, so that is concerning.  In the rare case that you do wind up really harming your body it may make it more difficult to get testosterone in the future (because if you have a particularly gatekeeping therapist or doctor they might see you as a liability if you've tried to transition in this way; it's ridiculous, but that whole industry can be a bane to trans folx).

The issue with these programs is more about their ineffectiveness and the fact that they are a supreme waste of money in a population that often doesn't have as much of it as our cis counterparts, and in fact many trans men try herbs because they can't afford the bloodwork necessary to get testosterone.  Herbal transitioning can also be psychologically harmful if your expectations are set high... for a lot of us there are only so many major let-downs we can experience before we run into serious psychological problems.

I am a trans man who went on hormones for a few years and then went off... I understand that people don't want to be on pharmaceutical testosterone forever, and you don't have to be.  There are other options.  But I strongly discourage people from trying to start off a physical transition using just herbs and supplements, because it's very expensive and not very effective.